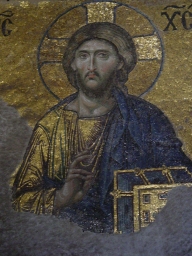 I still remember the first time I read about this concept. I was reading a book by Justo Gonzalez titled Santa Biblia: The Bible through Hispanic Eyes. As I was reading, I remember thinking “Oh my God. I do this.” The book was describing how we normally feel or think about immigrants from Latin America – uneducated, dirty, poor, and I could keep going, but it wouldn’t get any better.

From that moment, I began to notice dehumanization everywhere I went, including times where I felt dehumanized. I think many of my fellow evangelical Christians can relate to feeling like Hollywood and news media has painted us with a broad stroke (a phrase that implies they paint us in one “color” – and by the way that color is usually “white”). Times where they have deprived us the human qualities of compassion, nuance, individual personality, suffering, etc. and instead will do the lazy work of choosing a caricature to depict us. They seem to pick the worst of those who use our name and exaggerate the qualities (well, sometimes it’s exaggerated) to fit the narrative that’s convenient. Crazy-maker, right?

I’ve learned that dehumanization takes on different forms. Ironically, I believe the type of dehumanization that some in the media use toward evangelicals can probably be described as demonization. Words used to describe us, which can include “evil” and “monsters”, gnaw at our sense of justice as it doesn’t validate our humanity and good deeds, not taking an honest look at all the parts that comprise who we are, all the parts that make us human. Our acts of mercy and compassion are ignored. We are the enemy, and in order to justify taking “shots” at us, they have to lessen our value as humans.

Perhaps this should give us more empathy when someone does the same to others who get that “less-than-human” treatment, not just in the social and mainstream media, but everywhere. However, I believe dehumanization is a default state. We seem to do it to everyone whose lives we know little about, but to those who are significantly different in ethnicity, social class, gender, political opinions, faiths, denominations, it seems to add an extra layer of justification to those tendencies. We further this by adding negative stereotypes to those same people. For the great majority of people, this is not a conscious act of willful mal-intent where someone says to themselves:

I can think of an ENDLESS list of examples, both current and historical.

Fairly frequently, on social media I may observe a person who is an atheist insulting the intelligence or IQ of someone who believes in God. This one is a double-edged sword as insulting someone using their IQ can actually dehumanize someone with a low IQ AND the person they are intending to dehumanize.

On the other end, Christians can dehumanize atheists by making them quite one-dimensional. My impressions of an atheist growing up was someone that was angry, bitter, attacking Christians, having an agenda, etc. and while I’ve actually learned that some of those descriptors MAY be true of some atheists, firstly, that is not ALL anyone is. They each have a story. Some of those words can be used to describe some Christians and that is not ALL who they are. Each one of us has quite a range of complex emotions, men AND women, which are part of what make us human.

Secondly, I have met and known of atheists who are not at all angry, bitter, on the attack, OR have an agenda. They just made a personal decision. But hey, that person may get angry and even bitter and have an agenda one day – and it may be for completely other reasons not having to do with their belief in God or lack thereof. All of those emotions fit in to what we call “being human.”

Historically, the US legislated dehumanization by counting slaves as 60% of a human. The extra slap in the face here being that they weren’t being counted at all and this was, technically, an improvement in the written value of their humanness in order to convenience states that wanted more representation in Congress. Later, even though slavery went away and legislation changed – albeit not at all completely and other laws took their place – legislating the human heart is a task no man or woman or leader can do. People of black or brown skin were considered “animals” so we used terms I won’t mention here that are way short of a human with a complex range of emotions and experiences.

Today, the rate of incarceration of black males continues this pattern of dehumanization. Now, because there are so many in our prisons and we assume they deserve their penalties, we can revert back to calling them all of those names. After all, they’re just criminals, except even if they were – a criminal, white, black, brown or yellow, or “other” – has also been given the gift of humanity and to reduce that humanity, may even unwittingly minimize the severity of their actions.

Because of these hard truths about our history, we should never EVER legislate dehumanization, yet we do. Our history should have warned us about dehumanizing (removing human qualities from) anything else, including an unborn child. The answer to the dehumanizing of women is not dehumanizing their unborn. The answer is never to individually or culturally suppress one of our most human of qualities – empathy – to stop the beating heart of ANYONE, and potentially anything.

We also dehumanize by removing the disliked aspects of people we admire in order to admire them more. Pastors, Politicians, and Leaders benefit AND suffer from this type of dehumanization. Historical figures can become legends and can be immortalized. Our Founding Fathers have become like gods in the way we invoke their name with some kind of authority “The Founding Fathers are rolling in their grave…” OR “The Founding Fathers would never…” fill in the blank with whichever political belief you would like them to have. The truth is the founding fathers (lower case this time) had the exact same arguments with each other with regard to how big or small the government should be, how the constitution should be interpreted, and whether the constitution was even a good document. With this kind of dehumanization, we can actually pit the dehumanized person we admire against the dehumanized person we dislike or disagree with, resulting in drastic marginalization.

We love our superhero movies. They are exciting, they are fun, but they don’t make us cry. Human hero movies make us cry – everyday people making the right decisions, making courageous decisions. Sacrificing for others.

We can even dehumanize Jesus.

Our movies make him quite pretty, with whatever the world’s standards are of that. Normally with blue eyes, long, straight hair, Caucasian, British and the complex range of emotions thing is not even on anyone’s radar. While these qualities may describe a human somewhere, they are not, realistically, anywhere close to what he would have looked like or behaved. We have removed HIS human qualities and that can do some serious damage to what we think of ourselves or how we believe He views us.

I can read in the Bible that Jesus really took the concept of “being human” seriously. He constantly urged his audience to rethink who we considered as our neighbor. They were radical statements at the time and, if we don’t iconize Him and turn away from the discomfort and awkwardness He causes, they can be radical statements today.

Jesus taught us first about dehumanization. “Love your enemies”, “bless those who curse you”, “do unto others as you would have them do to you” are just some of the timeless phrases he taught us. He really introduced to the world, probably more than any other, this concept of loving others as you do yourself. In our minds, we are each the ultimate human because we know all of our good and our bad. Loving others as you do yourself means you see the full humanity of everyone around you as you would for yourself. You believe in their good intentions because you’ve experienced your good intentions being misunderstood or overlooked.

Back to the immigrants, we will never stop coming face to face with how we will treat someone from a different culture, color, LANGUAGE, and custom. Will we start loving the immigrant as we do ourselves? Even my own belief in a more open posture toward, let’s say, Muslim or Central-South American immigrant, only takes me so far as I’m willing to do for them what I would want them to do for me, but let’s take at least a baby step in the human direction rather than stay paralyzed in an all-or-nothing state.

Everyone gets to be human. 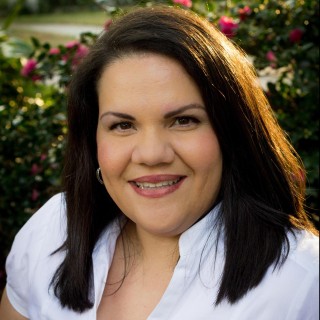